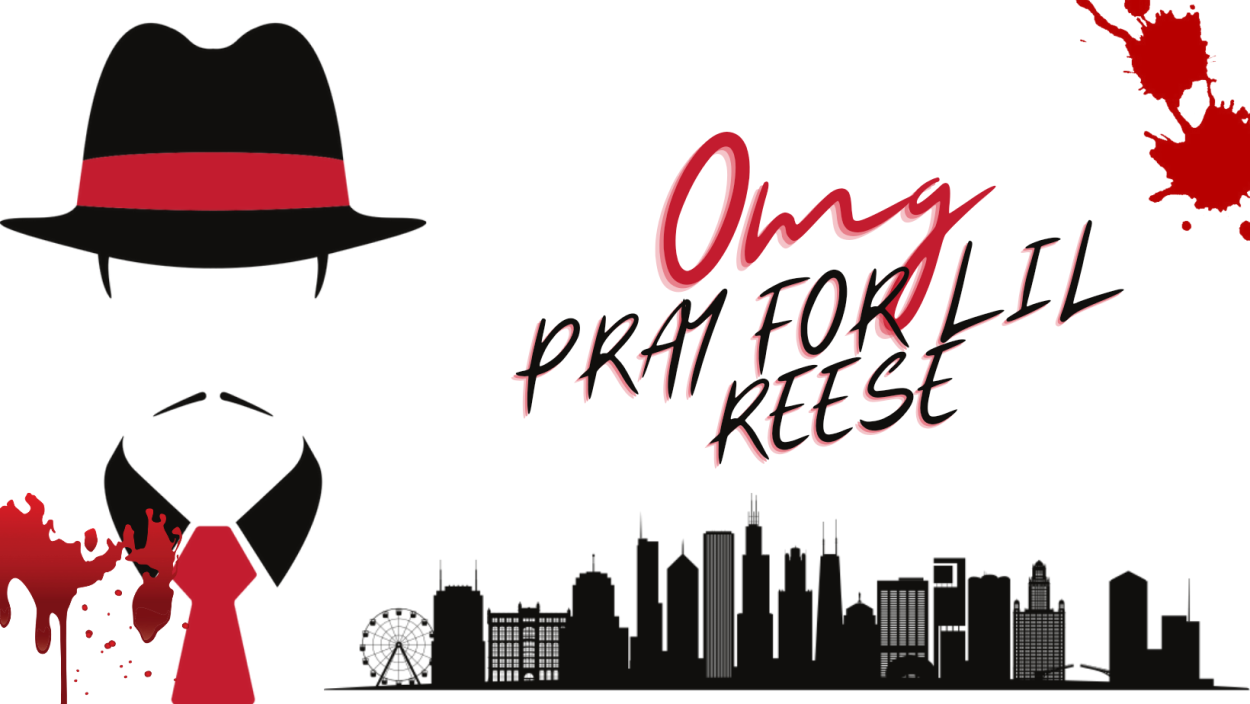 Lil Reese was shot, in a horrific way, and he lived to tell the story…..Please Lil Reese, get out of Chicago….you are the same age as one of my daughters……and if she was did like I saw them do Lil Reese? SMH.

HE LIVED TO TELL THE STORY…..

I was waiting in a long drive thru line. Apparently there was some commotion a few cars ahead of me. The driver was literally, out of his car and his door was wide open so people were in their cars upset.

After all it is the drive thru, ya dig? This was all unbeknownst to me. I know you Texas drivers think I’m crazy I saw that line and thought about it. Silly rabbits, this trick definitely aint for no kids. Time is not to be wasted.

So I pretended I was back in Cali and I looked behind me and saw the next car was approaching slowly. You already know what I did cause your girl got things to do.

Pay attention cause this aint no studio trick, know what I’m saying. Toot, toot and without hesitation slammed in reverse and shot in one swell swoop out of the drive thru. The car stopped and I zoomed forward into the parking in front of the restaurant.

Heck no. I got things to do. Whew!

I duck into the fast food lobby, and started to realize the shouting man I was witnessing was the absentee driver. For real its no joke. Dude just left his car where it was at to berate the staff about messing up his order. And he went on and on. He could have been one of my sons. He could of literally been the age of another of my son’s friends who he resembled to me. He was so pissed. I felt the heat.

I eased close to him and said really soft, “calm down youngun”. And then I gently touched his arm and stepped a tad bid closer and whispered. “It just isn’t worth it so why do it? You could barely hear me. It was for his ears only. He glared at them, breathing hard. And then he said “you know what? You right.” And he dipped.

Im’ma need yawl to help me talk our sons of the ledge…..Black Lives Matter my ass. The Asians complained. The world was set ablaze. Headlines reading,

“Oh Sweet Jesus The Poor Asian Community Is Being Bullied By Those People, You Know Who We Are Talking About, Yeah Them, And They Need Protection Too ….”

Black people sprang into action with hash tags up the ying yang!

You didn’t hear a peep from me. And I wouldn’t be shamed into saying jack either. Im a sociologist so I get it. Black people have forgiving hearts and we love everybody, because we were raised right . But the Asian Community is unapologetically problematic in the community I come from. Whenever the narrative is that Black people hate Asians, why respond?

We don’t hate nobody. Its fine if you try to gaslight me, but trust me I am very sane. That’s why I trigger you.

Yawl kill me with your stop Asian hate movement. If we didn’t hate them for locking us in nail salons and whooping our asses over $5 or shooting black girls in the back over orange juice, or telling us to go back to Africa with a unintelligible accent , why is the narrative we hate them now?

Yawl, wasn’t this mad when they killed Latasha Harlin. But ok. I’m on hush. Why because the devil stays busy and only pretends to be still. When he starts to attack I pay attention.

Congratulations to the Black and Asian community. Round of applause for the awesome teamwork. I mean was it even three weeks before they made it a felony to touch nary a hair on an Asian person’s head? Good job.

You hash tagged your way to social change. A whole new set of laws protecting a disenfranchised community. So next time I say Black Lives Matter, imma need you to stay on code.

None of that all lives matter jazz. You can do it. Ya did it for the Asians. Countdown to the next systematic murder and you can all hash tag r.i.p. in unison. Don’t worry you will have another trending systematic murder. You can bet BLACK LIVES ON IT.

I didn’t get the memo. Last time I checked had the hidden agenda scorecard been erased? Black People are still at the starting line so why did we move on from the Black Lives Matter Movement to a whole nother movement altogether?

Did we all of sudden the get the rights to peacefully exist in a country where we could not before? Well why didn’t anybody let me know? Oh well of course then my beautiful Black people, we can now champion for others.

Make it make sense. Somebody is crazy.

I just watched one of our daughters fighting with some of us around watching. Not breaking up the fight, egging on the fight. They all came to fight over a piece of community property….pay attention.

Everybody had out their phones because its going down. Kids, babies, cats, dogs gather around because a good time is about to be had by all.

The baby mama has come to fight the new girl friend and they can’t wait to see what happens. Well do you want to know what happened? Her new dude came and shot her babby daddy in front of the whole world. Yep, right on Face book Live…

We need to teach our daughters how to bring peace to situations.

Chicago so bad they call it, “Chiraq”.

Can you please tell the babies about where Im from? A little town in California. Its so small, everybody knows everybody. You maybe they heard of it, but you all surely remember us? You don’t?

We thought we had them dead to right. Our Grannies said “you aint seen nobody more racist than the LAPD” Year after year we watched the news. Wasn’t no social media….we just knew….the well kept secret was, the LAPD stayed kicking our asses. Harrassing us. Bullying us. Violation after violation…..

Just like they did our parents. My Mama thought we lived through one of most terrifying acts of civil unrest ever……And our grandparents didn’t even blink. Our grannies said, “Be still” and our mother’s said “wait and lets just see.”

4 aquittals and we set LA Ablaze……how stupid we were to believe that we would get justice just because evidence was on video. My mama went out into the yard and screamed like a madwoman, “ Yawl not going to have no stores FOR YEARS” While my granny screamed even louder, “ I hope they burn it all down, the only thing America respects is money and blood! IGNANT! Its ours anyway.” Whoa.

Nooooooo! The ones from South of Central Avenue! Hey, what’s up folks, remember us?

We understand the frustration. For years the streets were at war. But we did it. Black men were shaking hands, hugging and crying. Imagine the aftermath of a war…..

LA was now rageddy like Lebanon and we could care less. You know what we did? We partied for all the years we stayed apart. The Brothers worked it out ask yawl mama, if we did it once, you can do it again…….

Just let it go. Its time to be less like the men yawl mad at and flip the script. It was done before, research your history…..CHIRAQ its time for peace. Just be still. The empath in me is a beast. Im riding the wave, because I need to be still.

Pray for Lil Reese…..R.I.P. King Von…..peace and love to everybody who lost someone and are able to keep their dignity and respect.

We have to do a better job of passing on the skills that help the next generation to break the cycle. No more people have to die unnecessarily. Do it in memory of King Von. If we just be still maybe he can finally rest….whew!