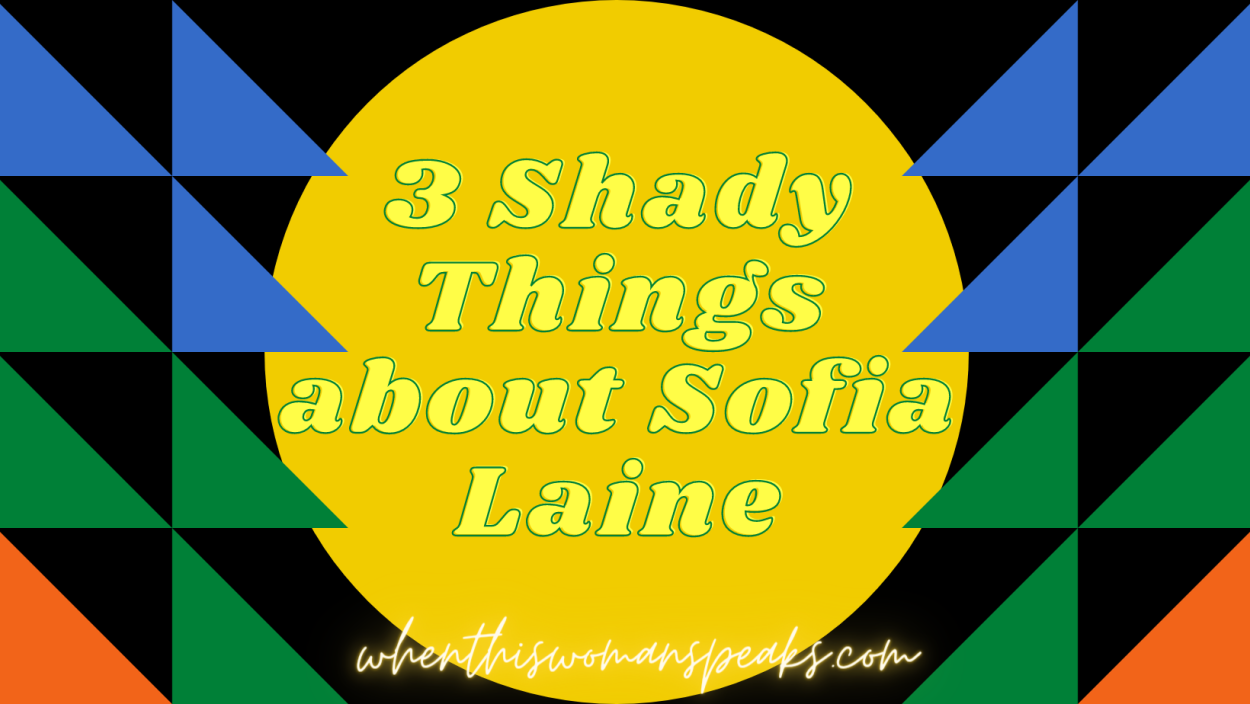 2020 was a rough year, but especially for Vanessa Bryant who lost her child and her husband in February. It seems like after that, the close relationship between Vanessa and her mother Sofia Laine fell apart with Laine being kicked out of her residence that was provided by the Bryant’s.

If you thought the relationship between Kobe Bryant’s widow, Vanessa and her mother were strained before, things have just went from bad to worse because Sofia Laine is now suing the Kobe Bryant Trust and Vanessa Bryant for financial support. She alleges that when he was alive her millionaire son-in-law promised to support her for the rest of her life. Let’s not forget Kobe and Vanessa had been supporting her for decades.

Now when it comes to her claims, it’s not that we don’t want to believe her, but there are a few shady things that we have learned over the years that give us pause. I for one am giving Ms. Laine the side eye. Here are 3 shady things about Sofia Laine that makes me question her motives for suing Vanessa Bryant.

#1 Her Ex-Husband Told Us She Was a Gold Digger

Stephen Laine divorced Sofia years ago and called her money hungry. He alleges that despite being financially supported by the Bryant’s, Sofia has been collecting spousal support from him. Sofia has been living a lavish lifestyle and steadily collecting support checks and she hardly needed the money. He alleges Sofia waited until the marriage they had was considered under California law to be long term and then strategically divorced him in order to receive support from him and Kobe out of spite. That being revenge because it is also alleged that Stephen cheated on Sofia which left her bitter.

Stephen has stated in an interview that it was only two years after Vanessa married Kobe that Sofia then filed for divorced knowing he was suffering financially himself. Then Sofia began to be supported better than he ever could provide for so he was discarded. He says he became “insignificant” within the marriage because now Kobe Bryant is the provider. According to Stephen and later confirmed by Vanessa, Sofia even refuses to marry just to continue to receive her alimony.

In a September Sofia did an Spanish speaking interview on the difficulties they were having, shocking everyone by airing out publicly their rift. Vanessa Bryant responded to the interview her mother did on Univision. When asked if she offended Vanessa, Sofia stated I don’t know what to say… In fact here is Vanessa’s response….

“My husband and daughter passed away unexpectedly and yet my mother had the audacity to do a television interview speaking negatively of me while shedding tears for a car and a house that were not in her name. She has removed all her diamond jewelry, emptied the apartment I provided, and out the furniture away to make it look like she doesn’t  have my support. My husband and I have supported her financially for the last 20 years, and I continue to do so in addition to her monthly alimony. Contrary to previous reports, she has not been physically present or emotionally supportive of my daughters and me after my husband and daughter passed away. Now I see what is most important to my mother and it more painful. I hope that everything that is coming out about our personal relationship ends here.”

Despite Laine’s claims of being homeless, Vanessa paid for an apartment for her mother until March of 2021, and despite Sofia Laine’s claims that she has not income, Vanessa states her mother gets alimony. Vanessa is a woman who is still grieving the loss of her child and husband. Her mom seems a little insensitive and greedy.

#3 What Sofia Feels She is Deserved

In her lawsuit Laine claims she worked for untold hours as a personal assistant for the couple and nanny for the Bryant’s caring for her four grandchildren for on average twelve hours a day for a period of about eighteen years which Vanessa disputes because according to her she was a “stay at home mom”. Laine is charging $96 an hour for her nanny services to the Bryant family. Vanessa claims Laine demanded 5 million dollars, a house and a Mercedes SUV.

We all know that people will do a lot for money, but we never knew that with all the shady things we heard over the years, Sofia Laine would be shady enough to sue her own daughter for watching her own grandchildren. It seems that Kobe had hardly died before reports of Laine trying to grab at the fortune had begun.  I mean she want us to believe she was dutifully slaving away caring for her grand children, when Vanessa claims she barely watched the kids at all. $96 dollars is a lot of money. Im interested to see if there is proof that she watched the children continuously for years.

As for her demands for 5 million dollars, a house, and the Mercedes SUV, that is just ridiculous. Why is it her ex husband can pay her 1800 a month at some point, but Kobe is obligated to have her in the lap of luxury. Why couldn’t he match her alimony, and still meet the obligation, if there ever was such an obligation in the first place?